When I found out that Lucine Kasbarian, children’s book author and WLCB client, was attending  the diversity panel at NYPL this past Saturday, I asked if she would write about it for our blog.  She graciously said “yes” and so here is her report. Thank you, Lucine!

According to the Cooperative Children’s Book Center (CCBC), less than five percent of all books published annually for children in the U.S. are written by people of color.

This was just one of the many sobering industry statistics shared with some 80 attendees at the “Diversity and the State of the Children’s Book” Literary Salon, held on March 2, 2013 at the NY Public Library’s flagship branch at 42nd St. and Fifth Ave. in NYC.

Betsy Bird, the NYPL’s Youth Materials Specialist and blogger for School Library Journal’s “Fuse #8 Production”, organized and moderated the event, which featured author and educator Zetta Elliott; YA novelist and filmmaker Sofia Quintero; and Little, Brown Books for Young Readers Editor Connie Hsu, who is also a member of the Diversity Committee of the Children’s Book Council.

Those following the CCBC listserv discussion in the second half of February may be interested to know that this panel took a step further the passionate and often contentious conversations among authors, librarians, teachers and publishers about diversity in children’s literature.  While one panel discussion cannot possibly do justice to such a multifaceted topic, this one did represent the views shared by many of the book editors and multicultural/marginalized authors whom I know. 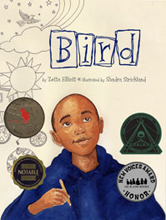 Zetta Elliott began with a multimedia presentation about the representation of diversity (or more accurately, the lack of it) in book publishing houses. (She presented the statistics, and her slides are available here.)

She drew a direct link between limited diversity among publishing personnel and the lack of diversity in children’s books. Judging from the number of times her writings on diversity were cited on the February CCBC listserv, many people agree with her. Elliott illustrated the difference between diversity (focusing on difference) and equity (focusing on fairness) by providing definitions from the U.C. Berkeley website, which bear repeating here:

“Diversity includes all the ways in which people differ, and it encompasses all the different characteristics that make one individual or group different from another. It is all-inclusive and recognizes everyone and every group as part of the diversity that should be valued. A broad definition includes not only race, ethnicity, and gender — the groups that most often come to mind when the term ‘diversity’ is used — but also age, national origin, religion, disability, sexual orientation, socioeconomic status, education, marital status, language, and physical appearance. It also involves different ideas, perspectives, and values.  Equity is guarantee of fair treatment, access, opportunity, and advancement for all…while at the same time striving to identify and eliminate barriers that have prevented the full participation of some groups. The principle of equity acknowledges that there are historically underserved and underrepresented populations and that fairness regarding these unbalanced conditions is needed to assist equality in the provision of effective opportunities to all groups.”

Elliott went on about the establishment of a social justice advocacy group, “See What We See,” spearheaded by educator-author Debbie Reese. SWWS will continue the work of the now-dissolved Council on Interracial Books for Children. While still in the developmental stage, SWWS will seek to support multicultural authors and small presses; develop checklists on how to promote equity and diversity in book publishing for the publisher, bookseller, librarian, teacher, parent and reader; and, hopefully, launch and sponsor a multicultural children’s book award.

Jumping on “the” hot topic after last year’s ALA Convention, Betsy Bird asked panelists to ruminate about the state of the Newbery, Caldecott and Coretta Scott King Awards. As many know, the 2012 Newbery and Caldecott Awards did not honor books about or by non-whites. And for 2012, no author was selected to receive the Coretta Scott King John Steptoe Award for New Talent. “Do we do away with ethnic awards when there are no winners,” asked Bird, “and, if so, would that mean that no one of color would be awarded a Newbery or Caldecott?”

Connie Hsu, who grew up feeling like a “lost kid in the library” as one of the few Asians growing up in Alabama in her day, expressed appreciation for award winner lists and promotional posters. Even so, she said that for acquisitions she first looks for a great story and book, rather than relying on whether the story has award potential. Elliott, who believes that racially-designated book awards can take the onus off mainstream groups to bestow awards to books by or about non-whites, blogged the thoughtful “Farewell Coretta” in response to last year’s unfortunate non-award.

In response to Bird’s question about those authors who write about race, but not their own, Sofia Quintero said she supported the concept provided that authors did so with factuality, humor, humility and accountability. She challenged audience members to ask themselves why someone who does not come from a particular ethnic background would want to write on a topic having to do with that background. Conversely, she asked why, if a Latina wrote on a Latino topic, it would be considered a “niche” book.

Quintero recalled that as a youngster who loved to write, she felt that she had to write about a female protagonist assigned an Irish ethnic background because Quintero happened to be attending an Irish Catholic private school at the time. She again challenged the audience to ask themselves who gets to decide what is considered a “universal” experience that humans go through and can identify with in literature. Quintero notices a tendency to negate positive values in characters of color and to somehow homogenize white culture in literature. “For there to be an enrichment of the individual,” she said, “we should want to see someone who comes from a different background, whether that difference is ethnic, religious, class or gender orientation-related.”

Elliott seconded Quintero’s comments by adding that “the goal is cultural competence – so that our youth can communicate cross-culturally as they grow to become part of the greater world around them.” She cited children’s literature professor Rudine Sims Bishop’s argument that children’s books should serve as a “mirror, a window, and a sliding glass door,” meaning that young readers should be able to observe themselves, observe others, and interact with those others as a result of their reading experiences.  Elliott said she’d never deny another artist the right to self-expression or ask them to censor themselves, but that it is important for white writers to recognize that when they choose to write about black characters and issues, it is an exercise in privilege, as there is undoubtedly a black author out there who will not be given the opportunity to do the very same thing.

Citing an article about how unconscious racism crops up in daily life, Bird asked panelists if they had encountered similar things in their work and how it could be addressed.  In reply, Elliott stressed the need for young people to be taught how to be critical readers. “Just because you are a woman, for example, it does not mean that you understand gender dynamics. White men who used to perform in blackface would act the way they thought black people behaved.” Elliott expressed the hope that one day, perhaps through the work of SWWS, book editors and writers will receive training to identify bias and distortion in the manuscripts they receive. She also referenced a project, the Birthday Party Pledge, which encourages people to buy multicultural books for all the birthday parties they will attend in the coming year. Its stated goals are to encourage childhood literacy in order to promote a lifelong love of books and to assist adults in providing children with books that truly reflect the diverse society in which they live.

Quintero addressed the concept of unconscious stereotyping in her exercises with students in the Bronx as part of the National Book Foundation’s BookUp program.  She had selected 25 books, put them on a table and went through three rounds with the pupils. First, she would ask them to judge a book by its cover to determine if they’d read it. Second, she’d ask them to pick up the book and read the inside flaps and back cover. Third, they’d read a few pages. Many students ended up wanting to read a book that initially did not appeal to them. Quintero also noted the often overlooked idea that while publishers say they are “only giving people what they want,” they fail to acknowledge that what they create or give voice to will also cultivate interest in particular areas.

Hsu spoke of her experience as a member of the CBC Diversity Committee, an organization within the CBC that acts as a resource for writers and editors and talks about how to approach a goal of authenticity in children’s literature. On the CBC blog, authors are invited to post about the issue of stereotyping, and a series of columns called It’s Complicated” addresses issues such as the dearth of diverse people working in the industry; how diverse books or authors can get pigeon-holed both in-house and in the marketplace; and the worry among editors that reviewers will heavily scrutinize books that feature diverse characters.  Hsu also acknowledged that not everyone can financially afford to work in the book industry —  where salaries are notoriously low and hours are routinely long – and noted how this can affect the employee demographic.  She recalled how, as a first-generation born Asian-American, it took time to explain to her immigrant parents her desire to work in a field that would not pay well when she faced expectations to find a high-paying job that could support her family.  Hsu observed that the publishing industry does present barriers to prospective entrants. She herself had to face such obstacles and said she would feel guilty encouraging all to apply for entry without shedding light on the fact that there are sacrifices one makes to work in publishing and that those sacrifices might not add up for everyone. 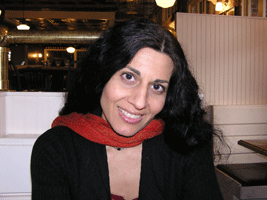 The NYPL, Betsy Bird, panelists and audience members should be congratulated for organizing or contributing to this important discussion and for devoting their lives — and not just their professions — to children’s literature. Panelist-authors Elliott and Quintero – who devote a great deal of their instructional activities to the issue of diversity in children’s publishing — had encouraging words for the multicultural author who may feel that each time diversity arises in a public exchange among members of the industry, the conversations tread the same circles without visible progress.

It is gratifying to know that an organization such as the budding SWWS will advocate for diversity and equity in publishing so that, for one thing, authors previously informed that their works were “unmarketable” can realistically hope to find their rightful place within the children’s literature firmament.

P.S.  I would be remiss if I did not cite here Melissa Taylor’s interview with me on the topic of diversity for Imagination Soup called “Why Global Literature?”